Félix Guattari, Everybody wants to be a fascist (Semiotext(e), 2007) 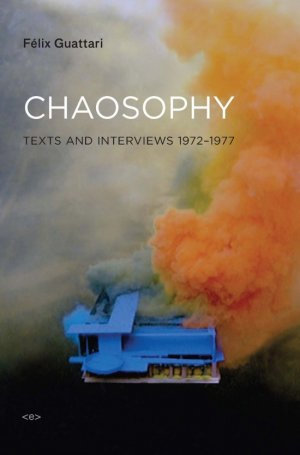 Félix Guattari, Everybody wants to be a fascist, p.152/ Published by Semiotext(e), Chaosophy, éd. Sylvère Lotringer, 2007.

I have chosen to discuss fascism for several reasons : because it is a real political problem, and not a purely theoretical consideration, and because I think it is a key theme to use in approaching the question of desire in the social realm. Besides, isn’t it a good idea to discuss it freely while we still can ?

A micropolitics of desire is not a proposal for the establishment of a bridge between psychoanalysis and Marxism, looking at them as completely formalized theories. This seems to me to be neither desirable nor possible. I do not think that a system of concepts can function with validity outside of its original environment, outside of the collective arrangements of enunciation which produced it. For example, much of the talk about pleasure is very interesting, but in contrast with desire, it is absolutely impossible to transfer these two notions, drawn from a certain type of practice and a certain vision of psychoanalysis, to the social field ; in no way do they help us grasp the functioning of the libido in, for example, a fascist situation. Therefore, it must be understood that when I speak of desire I am not borrowing this notion from orthodox psychoanalysis or from Lacanian theory. I do not pretend to lay the foundation of a scientific concept ; I will simply try to erect the scaffolding of a provisional theoretical construct in which the operation of desire within the social realm will be discussed. The starting point is simple : it is not possible to bind together in the same sentence the term “pleasure” with the term “revolution.” You cannot say that a “pleasure of revolution” could exist. But nowadays no one is surprised to hear someone speak of a “desire for revolution” or a “revolutionary desire.” It seems to me that this is tied to the fact that the meaning generally given to pleasure is inseparable from a certain mode of individuation of subjectivity, and psychoanalytic pleasure is even less independent from this kind of inward folding individuation which, quite to the contrary, managed to find some kind of fulfillment within the confines of the couch. With libido and desire, however, things are altogether different. ​ Desire is not intrinsically linked to an individuation of the libido. A machine of desire encounters forms of individuation, that is, of alienation. Neither desire nor its repression is an ideal formation ; there is no desire-in-itself, no repression-in-itself. The abstract objective of a “successful castration” partakes of the worst reactionary mystifications. Desire and repression function in a real society, and are marked by the imprint of each of its historical stages. It is therefore not a matter of general categories which could be transposed from one situation to another. The distinction which I propose between macro-politics and macropolitics of desire would have to function as something which would lead to the liquidation of the pretended universality of psychoanalytic models, a notion which ostensibly secures the psychoanalyst against political and social contingencies. It is said that psychoanalysis is concerned with something which takes place on a small scale, barely the scale of the family and the person, whereas politics is concerned only with large social groupings. I would like to demonstrate that, on the contrary, there is a politics which addresses itself to the individual’s desire, as well as to the desire which manifests itself in the broadest social field. And it has two forms : either a macropolitics aiming at both individual and social problems or a micropolitics aiming at the same domains (the individual, the family, party problems, state problems, etc.). The despotism which exists in conjugal or family relationships arises from the same kind of libidinal disposition that exists in the broadest social field. Inversely, it is by no means absurd to approach a number of large-scale social problems (for example, the problems of bureaucratism and fascism), in the light of a micropolitics of desire. The problem therefore is not to put up bridges between already fully constituted and fully delimited domains, but to put in place new theoretical and practical machines, capable of sweeping away the old stratifications, and of establishing the conditions for a new exercise of desire. In that case, it is no longer a simple question of describing preexisting social objects, but one of engaging in a political struggle against all machines of the dominant power, whether it be the power of the bourgeois State, the power of any kind of bureaucracy, the power of academia, familial power, phallocratic power in male/female relationships, or even the repressive power of the super-ego over the individual. (...) 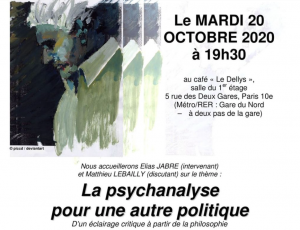 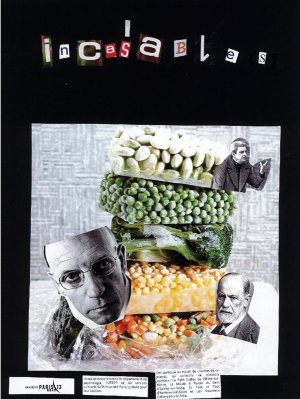 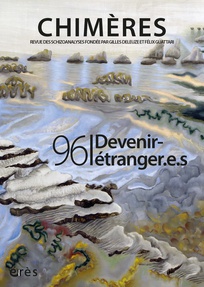